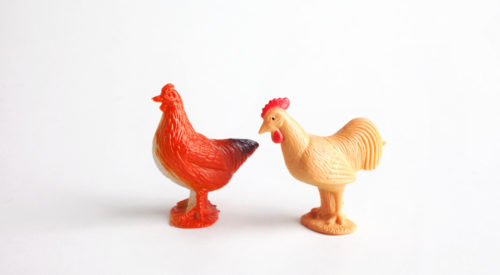 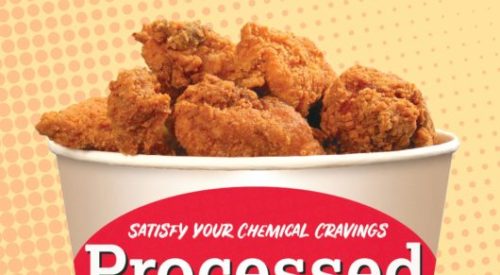 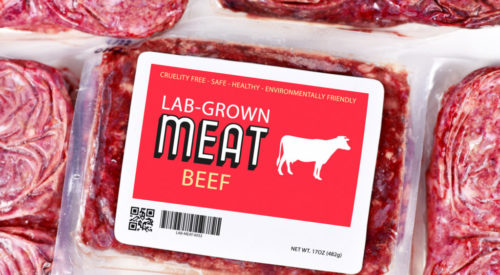 Titanium Dioxide in Fake Meat: What is It?
Home
Blog Posts
Ad: WARNING: Plant-Based Meat Can Have This Carcinogen
Ads, Eating Clean

Ad: WARNING: Plant-Based Meat Can Have This Carcinogen 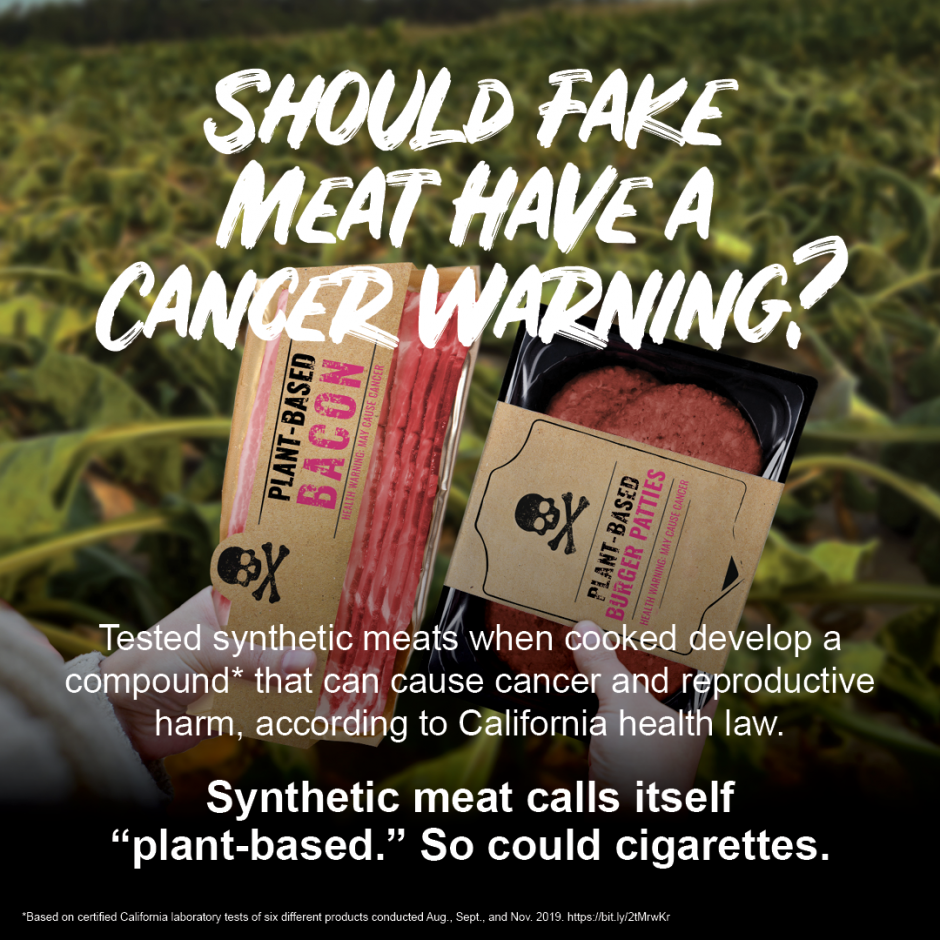 Today we’re publishing a new ad in our national campaign about synthetic meats. The ad has run The Wall Street Journal, The Los Angeles Times, and The New York Times and questions whether plant-based meats need a cancer warning label.

You certainly might be if, like many unknowing consumers, you think synthetic meat is healthier because it’s called “plant-based.” After all, plants like fruits and veggies are healthy, no?

Fruits and veggies may be healthy, but fake meats are ultra-processed foods. They don’t grow on vines. Their ingredients are mixed together and heated without precedent. They’re not any better for you than real meat, say nutritionists. And some say there is no assurance about their future impact on health.

And now we have lab tests showing that six fake meat products, when cooked, tested positive for a carcinogen, acrylamide. Acrylamide can be formed when plant-based foods are cooked at high heat–for example, cooking a fake meat burger.

So where does the warning label fit in?

Californians passed a ballot measure in 1986 called Proposition 65, which requires a warning when a company exposes people to chemicals known to the state of California to cause cancer or reproductive harm. And California considers acrylamide a carcinogen and reproductive toxicant.

Under Prop 65, companies that potentially expose consumers to chemicals have to post a warning notice of the exposure. California often has a “safe harbor” limit for these chemicals, below which companies don’t have to warn. But the lab results from six fake meat products show that just one serving could expose consumers to levels of acrylamide that exceed this limit.

Full disclosure: We’ve been critical of Prop 65 in the past. But the law is the law, it’s still on the books in California, and we believe everyone should play by the same rules.